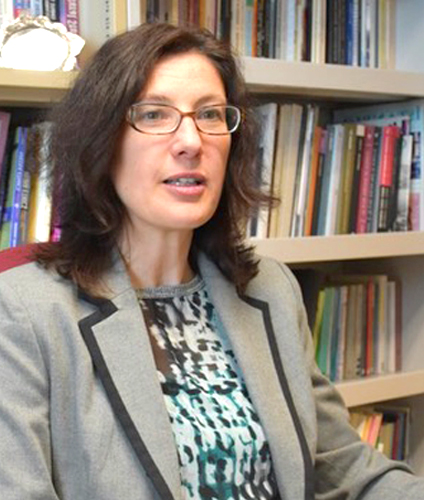 Dr. Algan is Senior Lecturer at the Institute for Media and Creative Industries in Loughborough University, London

Dr. Algan received her Ph.D. in Mass Communication from Ohio University in 2003 and previously taught at Eastern Mediterranean University in Cyprus, the University of Iowa, and California State University at San Bernardino (CSUSB). During her tenure at CSUSB, she served as an Associate Professor of Communication Studies and Director of the Center for Islamic and Middle Eastern Studies. Her work has been published in several media and communication journals and edited collections and earned many awards, including a Top Paper Award at 2011 NCA, Top Faculty Paper Award at the Global Fusion 2009 Conference, and the James E. Murphy Best Faculty Paper Award in 2003.

Her scholarly interests range widely, from global communication, social change, local and community media to social movements, modernity, media ethnography, and audiences. She has taught in the areas of Media and Culture, Media Audiences, Global Media Studies, Gender, Media and the Middle East, Media and Globalisation in the Middle East. She has conducted longitudinal ethnographic fieldwork research on local radio, emerging communication technologies, and youth for over a decade in Southeast Turkey. Her co-edited book Television in Turkey: Local Production, Transnational Expansion, and Political Aspirations (with Yesim Kaptan) was published in 2020 by Palgrave Macmillan.